Christine Barrie, a grad student in the lab, found a fly she couldn’t put a name on. Other students in the lab had trouble too. So did I. It looked familiar, but it didn’t key out in the standard North American keys.

I eventually realized I’d seen it before, but not around here. It looked a lot like a European species we have in the museum collection. And that’s exactly what it turned out to be. Armed with that possibility, Christine pulled out those European specimens, and some European species keys, and she put a name on the fly. The name was Cryptonevra diadema, in the family Chloropidae. And then we wrote a paper, which was published recently in the journal Zootaxa.

The paper is the first report of the chloropid fly genus Cryptonevra in North America. It’s not terribly surprising to find a species or even genus of insects in North America for the first time. Humans move things around and species are introduced pretty regularly. We also have a surprisingly incomplete knowledge of the arthropod diversity of Canada. Tens of thousands of species of insects live here, and there are only so many taxonomic specialists who have the training and experience to identify many of them. But there are a couple of things about this discovery that make it a little bit more interesting. 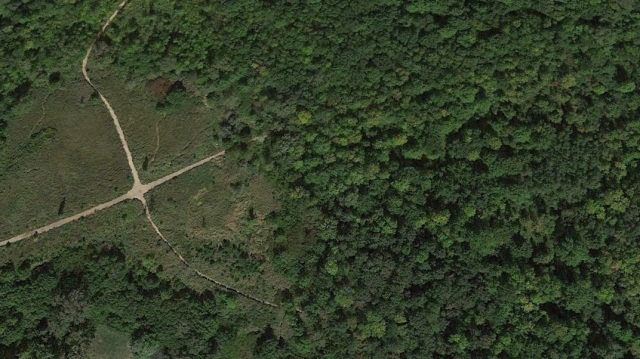 Let’s zoom out a little bit.  So you can see the houses. And the sports fields. And the roads.

Let’s zoom out a little more. The little green square by the yellow arrow is Terra Cotta Park. The big gray mass is Montreal. It’s a really big city. 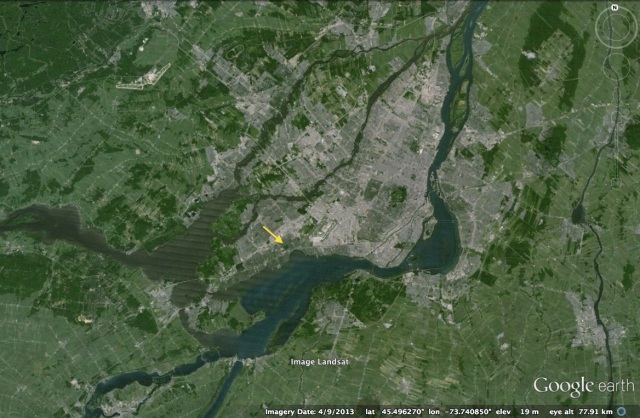 The lesson here is that you don’t have to travel by plane/boat/helicopter/elephant to discover new things in unexpected places. You can take the bus. Or ride your bike. You can be a naturalist, a taxonomist, an explorer, right in the city. New things are waiting to be found everywhere.

The things that feed on reed

So what does Cryptonevra diadema do in Terra Cotta Park, on the fringes of Montreal? One of the great things abut having a name for this fly is that we can look up other published references to the species. Its habits are better known in Europe, where we know it feeds in the stems of Common Reed (Phragmites australis), because many other entomologists have spent time out in the field watching it, collecting it, rearing it, and documenting its natural history. In fact, it feeds inside galls on Phragmites made by other chloropid flies in the genus Lipara (which, incidentally, Christine also collected for the first time in Canada. At Terra Cotta Park). And after Christine identified the first single specimen of Cryptonevra (collected in 2011) she went back to the park, to a big patch of Phragmites, and collected several more specimens.

There’s a large assemblage of flies, many of which are in the family Chloropidae, associated with Phragmites in Europe. But even though Phragmites is very abundant in eastern North America, most of its flies haven’t made the trip from Europe. In recent years we’ve discovered a few of them gaining a foothold (tarsus-hold?) in eastern North America, and Cryptonevra seems to be the latest arrival. We’re less certain about whether it’s a recent introduction, or whether it’s been here for much longer and we just discovered it. Why?

Because we don’t always pay enough attention to the scientific value of going to the park and looking around.

1 Response to Suburban biodiversity: surprising flies in the neighborhood